How To Help Someone Who Suffers with Severe Anger? 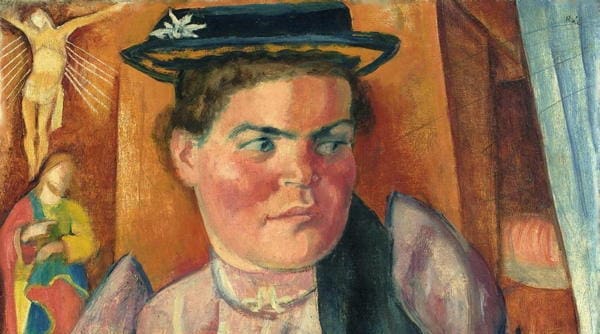 Dear Father John, I am a priest providing spiritual direction to a young man suffering with anger problems. He has recently returned to the sacraments. He is frustrated with God that he has asked him to take away this hurtful anger but God has not answered his prayer. Can you offer advice about how to overcome severe habitual challenges with anger?

Anger is the most complex of the human passions. Understanding its underlying dynamism will help give you some light, but first we can begin with some general comments pertinent to this particular case.

When Not to Worry The young man has recently returned to the sacraments. This means he has recently undergone some kind of conversion; he has repented, turned away from the path leading far from God, and turned onto the straight, hard road leading to greater intimacy with God. The initial turn, the repentance, the conversion, can happen in a moment. But the transformation of behavior – from vices to virtues – rarely happens quickly. Usually, it is a painful and gradual process. But you should be seeing at least some progress right away. For instance, if the young man feels intense contrition (more than before) right away after an angry outburst; if the frequency of his outbursts is decreasing; if the intensity of them is decreasing; if he is able to recover from them, ask forgiveness, and repair the damage more quickly…

His conversion was sincere, and he is now praying and receiving the sacraments, so there should be some sign of progress. If this is the case, I would recommend simply continuing the normal means of spiritual growth, and supporting him closely in this initial stage of his re-version. If he is showing no progress, however, or if his anger issues are even worsening, in spite of his efforts to grow spiritually, extraordinary means may be necessary. To understand what means can be used, we need to understand the internal dynamism of anger.

Why We Get Angry

Anger is a passion of the soul that follows on our experience of some present evil (an injustice, a pain, an attack against our person of some sort) that we judge to be overcome-able. If a present evil is judged to be non-overcome-able, we simply feel deep sadness and painful resignation. But if we perceive that a bad thing is happening to us, and we think that our resistance to that bad thing can actually yield good results, we feel anger, and the feeling of anger moves us to act out against the perceived evil. If someone, for example, is insulting me and causing those around me to think badly of me, I may feel anger if I perceive that I can counteract the insults and turn the tables to save face. And the feeling of anger will move me to retaliate, to defeat the insulting attack.

The Morality of Anger

Anger as a passion of the soul is morally neutral – we just feel it, because we are created that way; that’s how human nature is designed. It becomes moral (righteous anger) or immoral (the sin of anger) depending on how we deal with the feeling. The feeling is meant to be governed by our reason (and as Christians, our reason is meant to be enlightened by our faith). If a coworker insults me unintentionally in a meeting, I may feel anger welling up in my soul. If I choose to let that anger dictate my actions, I may lash out at my colleague, creating a scene, damaging a relationship, and disrupting whatever we were supposed to be working on. That’s uncontrolled, unjustified, disproportionate anger – it is a form of self-centeredness, of sin. If I choose to rein in the feeling of anger through the acts of patience and mercy, I avoid that damaging fallout, and I avoid the sin of anger.

From Sin to Vice

If a person has habitually allowed free rein to their feelings of anger, instead of governing them with reason and faith, they will gradually form the vice of anger: a habitual disposition to commit the sin of anger. Some people have by nature a choleric and stormy temperament, and they have a kind of built-in tendency to fall into this sin and develop this vice. For those people, forming the virtues of patience and mercy (the virtues we use to govern the passion of anger) may be very difficult indeed. And they may spend their whole lives engaging in the struggle. But with God’s grace, they can indeed form those virtues, and if the struggle is particularly hard, they will be crowned by our Lord with particular merit and give great glory to God through their spiritual battle.

If the person you refer to in your question is already showing small signs of improvement in this area, we can assume that he is beginning to grow in virtue, and that this growth will gradually eliminate the vice. But he must persevere. Growth in virtue takes time, effort, and decision, especially if the vice has been deeply rooted for an extended period of time.

If he has shown no progress, even though he has tried to improve, then another element may be involved. His anger may not merely be a vice (a habitual disposition to sin which has been formed by repeated, self-centered choices); it may also be a compulsion. Compulsive anger can have mixed causes. It can be linked to a vice, but it can also be rooted in a psychological condition. In such a case, the anger is a kind of defense mechanism. The person in question perceives innocent actions of others as attacks, and responds with angry outbursts – “acts out” in exceptionally unreasonable and uncontrollable ways. This is because there is some wound in his psyche that is festering. Like an infected cut, it is hypersensitive. And so, comments and actions of others that should not be seen as attacks (that are objectively not attacks at all) are perceived as attacks. And the resulting anger is the defense-mechanism; it is shielding a wound that has nothing to do with the specific situations about which the person keeps getting angry.

There is one more level of complexity that we should mention. If someone has suffered psychologically, and the anger is compulsive, there may also be spiritual forces present exacerbating the wound and impeding it from being healed. The devil’s favorite weapon is lying. And often, psychological wounds are based on lies: “I am unloveable; I will never be loveable…” If an experience of abuse or violent rejection at a young age created a deeply ingrained psychological condition in a person based on lies like this, then the devil can prey on that weakness, exacerbating the self-hatred, exaggerating the lie, and causing the psychological infection, so to speak, to spread. In this case, healing masses and prayers of deliverance can be a helpful complement to solid Christian counseling and a program for spiritual growth.

It is often difficult to identify this type of demonic activity. Personally, I would rarely recommend that someone undergo formalized prayers of deliverance without also having a program of spiritual growth and being involved in adequate counseling. Not everyone would agree with me on this point, I know. The reason I say that is because it is so easy to blame everything on the devil and become obsessed with deliverance, to the point of neglecting both our own capacity to grow in virtue, and also the value of solid psychological counseling. Nevertheless, as a priest, you can offer a prayer of deliverance over someone after confession, and this can have a significant spiritual impact. To find out more about deliverance ministry, this is a good place to start: http://heartofthefather.com/.

As you can see, anger is no simple thing! I promise to pray for the person you are helping, and I ask our other readers to say a prayer for him as well.

Art for this post on how to help someone who suffers with severe anger issues:  Tiroler Bäuerin (Tyrolean Peasant Woman), Anita Rée, 1921, PD-US published or registered with the US copyright office before January 1, 1923, Wikimedia Commons.
PrevPreviousTerry Polakovic – Navigating the Interior Life
NextAm I experiencing intellectual gluttony? – Part I of IIINext