In part 7 of his mini-course on prayer, David Torkington continues the explication of his “OUR FATHER” mnemonic by reflecting on faith and abandonment to the fullness of love. In Union, The Mystical Body – Part 6 Mini-Course on Prayer

Part 6 of David Torkington’s Mini-Course on Prayer explains the importance of the letters U and R in the “Our Father” mnemonic in keeping God and prayer before our lives. David Torkington’s mini-course on prayer continues with part 5, wherein he talks about starting the journey of prayer with vocal prayer; he begins his explanation of a mnemonic to help us along the way. The Way to Mystical Union – Part 4 Mini-Course on Prayer

David Torkington’s mini-course on prayer, part 4, on the way to mystical union and ecstatic joy, mystical revelations, praying without ceasing, and more! David Torkington continues his mini-course on prayer series with part 3 on how it is in giving that we receive. 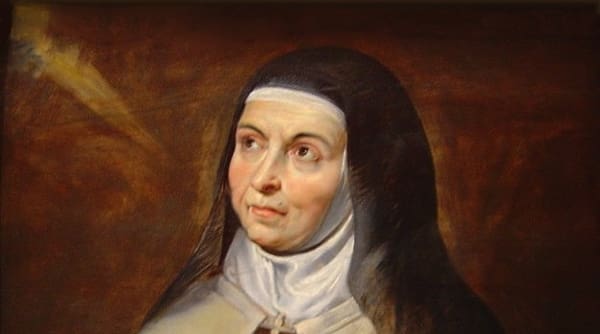 Listen to St. Teresa of Avila – Part 2 Mini-Course on Prayer

David Torkington continues his mini-course on prayer in this post by exploring St. Teresa of Avila’s wisdom regarding how to go forward in prayer (Part 2 of 3). The Unquenchable Fire of Love – Part 1 Mini-Course on Prayer

David Torkington introduces his mini-course on prayer with an essay on God’s unquenchable fire of love and talks about what we have to do to receive it (Part 1 of 3).

From Mystical Premonitions to Contemplation Sometime ago, I was speaking about what I called mystical premonition, or touches of God, when one of the audience asked, “Are we talking about something that is a particularly Christian experience, or does everyone experience God’s touch?” “It’s for everyone,” I replied emphatically. “God loves everyone, not just Christians,

A Night in the Holy Sepulchre Part 3: Afterthoughts I was sitting waiting for my train at Waterloo Station in London feeling sorry for myself. ‘What, oh What?’ I thought, ‘would all that I experienced in the Holy Sepulchre mean to the vast majority of outsiders, who knew little if anything of the Christian faith?’