Sometime ago, I was speaking about what I called mystical premonition, or touches of God, when one of the audience asked, “Are we talking about something that is a particularly Christian experience, or does everyone experience God’s touch?”

“It’s for everyone,” I replied emphatically. “God loves everyone, not just Christians, but Christians do respond in a unique way.” Let me explain what I mean. Long before he became a saint, when he was still a pagan, St. Augustine experienced those ‘touches of God’. In writing about the way he reacted to them in his Confessions he gives us a perfect example of how we should react too, in order to deepen our spiritual life. From his Confessions: “When first I knew you, you lifted me up so that I might see that there was something to see, but that I was not yet the man to see it. And you beat back the weakness of my gaze, blazing upon me too strongly, and I was shaken with love and with dread.” [VII.10] “You called and cried to me and broke open my deafness and you sent forth your beams and shone upon me and chased away my blindness. You breathed fragrance upon me, and I drew in my breath, and do now pant for you. I tasted you, and now hunger and thirst for you. You touched me, and I have burned for your peace.” [X.27]  “So I set about finding a way to gain the strength that was necessary for enjoying you. And I could not find it until I embraced the mediator between God and man, the man Christ Jesus, who was calling unto me and saying, ‘I am the way, the truth, and the life’.” [VII.18]

Many of us have had what are sometimes called ‘natural mystical experiences’, especially when we were young, but few of us are able to describe them in the sublime language that St. Augustine uses. Whilst many of the great romantic poets spend their entire time trying to transpose their experiences into words, capturing them in sublime poetry, Augustine rushes on to seek the source whence they came. His search leads him to Jesus Christ, for he finds in him the Masterpiece of God’s creation. The fragments of God’s beauty and goodness and truth that are scattered in the rest of creation are to be found fully in the Masterwork.

This is why he spent years getting to know Jesus Christ by poring over his every word in the scriptures and by responding in his own words, until a sort of spiritual conversation developed in his prayer life. To begin with, the knowledge was predominantly intellectual, but it gradually became more and more emotional as he experienced the love of Christ reaching out to envelop his mind and heart and his whole being. Now he began to respond in the language of love as his deepest feelings awoke to the love he experienced, reaching out to envelop him. Finally, when everything had been said that needed to be said, he found that all he wanted to do was to be still, to savour in silence what he had received in a deep but ‘heart-felt’ contemplative stillness. This experience of St Augustine follows a similar pattern to human loving. 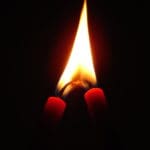 To begin with, a couple talks, but the more they talk to each other and get to know one another the less they need to speak. The more the spark of love that was there from the beginning begins to flicker into a flame, the less they need words to express how they feel. It is now enough just to be together and to savour one another’s presence and the love that binds them together. This profound ‘at-one-ment’ is beautifully expressed in John Donne’s poem, The Ecstasy:

We like sepulchral statues lay;
All day, the same our postures were,
And we said nothing, all the day.

The same sort of idea is expressed by D. H. Lawrence in Women in Love, when he writes:

‘Words travel between the separate parts.
But in the perfect one there is a perfect silence of bliss.’

St. Augustine knew it was Christ whose love he experienced enveloping his whole being, as the first part of his spiritual journey reached its climax. Medieval spiritual writers used the words ‘meditatio’, ‘oratio’, and ‘contemplatio’ to describe how the initial intellectual beginnings of prayer develop through highly charged emotional aspirations, to the still and silent gaze upon God. During the Counter-Reformation, when spiritual writers became a little more analytical and psychological, they used the terms Meditation, Affective Prayer, Prayer of Simplicity, and Acquired Contemplation to describe what their medieval forebears had described before them. The phrase ‘acquired contemplation’ was coined to describe the final stage of this process, because it can be reached by human endeavor, to distinguish it from true mystical contemplation which, as we will see, is a pure gift of God that cannot be attained by any man-made methods or techniques.

Given serious commitment to prayer, love grows and grows with ever deepening knowledge of the Lover, that comes through listening to his words and discovering that they are not only charged with meaning that had not been understood before, but loving that had not been experienced before. This is why the slow meditative reading of the words of Jesus in the sacred 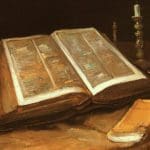 Scriptures has always been the primary way that the heart and mind of the believer is raised to the Father through the Son. As the desire that was there from the beginning is buoyed up by human feelings and emotions, it is able to remain focused on God and to remain so for longer periods of time than before. Prayer now becomes no more than a simple, silent, contemplative gaze upon God. What I called Adolescent Prayer now reaches a climax, which suddenly changes when the heart’s desire, that had been sustained and supported by a whole range of human emotions before, is suddenly raised above and beyond them as it reaches out to experience the Unknown who beckons them onward. It’s as if the heart or the will has suddenly fastened on to some mysterious magnetic power that draws it relentlessly towards itself. Once this happens, Adolescent Prayer comes to an abrupt end. There can be no going back even if a person wanted to. The days of this exciting, exhilarating, emotional prayer have ended, never to return in quite the same way again.

Let me give you an analogy to explain a little more clearly what has happened. When a rocket or a spaceship destined for the planet Mars is ready to depart, it has attached to it boosters, huge canisters of fuel, whose job it is to raise it up off the ground and out of the earth’s atmosphere. When they have done this they will be of no further value, so they must be detached from the spaceship or they would impede its progress towards its destination. As the spaceship comes closer to Mars it comes under the planet’s magnetic force and travels faster and faster. The boosters or the canisters of fuel, then, fulfill exactly the same function for the spaceship as do the

emotions that have been activated in ‘adolescent prayer’, as they raise and direct the heart’s desire towards God. They raise it up off the ground, as it were, where it has been earthbound. They raise it higher and higher for as long as it takes to latch on to the mysterious magnetic pull of the divine love. This is now the beginning of true contemplative prayer. Precisely what is happening now and why, and how a new form of prayer must be learned to facilitate this sublime call from God, is the subject of all my writings on mystical theology and in particular of the third part of my book: “Wisdom from the Western Isles”.