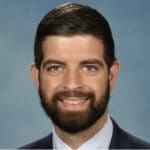 Pope John Paul II was born Karol Wojtyla in Poland in 1920. He lived through communism as a teenager and became a Catholic priest as a young adult. Later Karol became bishop and eventually was named pope and leader of the Catholic world. He was known for his presence, his joy, and his ability to reach the multitudes. His greatness was known to the world for the entirety of his papacy which was over 25 years. John Paul’s life was great, but its foundation was built upon unprecedented challenges.

Karol’s childhood was woven with death. His mother died when he was only 5 years old, his brother died when he was 18, and his father died when he was 20. By the time he was 21 years old he had lost every person that he had ever really loved. Growing up without a mother was difficult and at times lonely. Karol’s father did a superb job raising two sons who knew they were loved unconditionally. It is hard to imagine losing both parents and your only brother by the time you are 20 but Karol was not controlled by the sadness. He would eventually be defined by his smile and his joy.

He decided to enter the seminary and study to become a Catholic priest, but his journey to the altar was different than most. During this period in Poland, the Catholic Church was outlawed by the tyrannical powers at large so Karol had to enroll in an underground seminary. He studied and prayed in secret each day with his life in the balance. The challenges he faced as a child only continued to increase and intensify as a young adult. Karol’s faith was deepened and he was ordained a priest. He was known for his holiness and his unique ability to reach people of all ages.

As a priest, he worked tirelessly to preach and witness to the fact that the powers of oppression in the government could never conquer the good in the world. As a young priest, he was named a bishop and he brought hope to a nation that craved it. Bishop Wojtyla’s holy conviction inspired countless people to desire the good even in the face of so much darkness.

So in his life prior to becoming pope and leader of the Catholic world, he saw the death of each person in his family, studied in an underground seminary, and spoke out against the powers of tyranny. All of these trials shaped the man that would become Pope John Paul II. As pope, he was known for his joy, his words, and his presence to the world through his countless trips around the globe. JPII’s witness to hope in the face of adversity gained him a large audience, but among those in the crowds were some who hated what he stood for.

On May 13, 1981, a man named Mehmet Ali Agca came to Vatican Square for one of John Paul II’s general audiences. His intention was to kill the man who was partially responsible for destroying communist ideologies in Europe. He was able to get close to the pope and fired his gun directly at his chest while just feet from the pontiff. John Paul instantly fell to the ground and chaos ensued. Mehmet was captured while the pope was rushed to the nearest hospital. Doctors later noted that the bullet’s trajectory missed the main artery in the holy father’s heart by mere millimeters. He easily would have bled to death in the ambulance had that been the case. After learning this, the pope said that one hand fired the gun while another guided the bullet. The day John Paul was shot was the feast of Our Lady of Fatima.

Once he had recovered the pope wished to visit the man who almost took his life. He came face-to-face with Mehmet, and forgave him. John Paul was not moved towards revenge or negativity, only compassion. The two later became friends and the pope even heard his confession. His life was almost taken from him, that bullet caused unnecessary pain and hardship, but that hardship was turned into a desire to reach out to others. The pope had an innate gift for desiring the good of others, even if it meant being hurt in the process.

As one of the youngest popes to ever be elected, John Paul II was known for his youth, energy, and fervor. In his old age, however, he literally would deteriorate before the world due to his Parkinson’s. The man known to be the traveling pope could no longer fly in an airplane and towards the end, he could barely even speak. The whole world watched the leader of the Catholic Church die a painful and slow death.

Some have questioned whether or not he made the right decision in continuing as pontiff during his illness. Maybe he should have resigned his office so that a well-abled man could replace him. However, in his silence and suffering the pope gave the world an insight into a truth that is often overlooked. His obvious and public road to death portrayed that suffering and weakness does not equal meaninglessness and unimportance. The pope still remained a man who deserved respect and dignity even though he could not walk on his own nor do almost anything by himself.

The last months and weeks of his life were sewn in pain just like the first two decades of his life were. For John Paul II, the beginning and the end were similar in that they were defined by difficulty and trial. In the midst of so much hardship and pain, he was looked upon as a beacon of hope. His challenges made him desire the good all the more, and they made us more fascinated to understand this great man.

In so many ways John Paul was defined by his suffering, and I think that is why so many people look to him as an example of hope. Suffering was a part of who he was and it is a part of who we are, but it never has the last word. John Paul taught the world that in our suffering and trials, Christ is intimately close to us – calling us to see His face and be transformed by His light and love.

PrevPreviousBook Review: The Devil in the Castle
NextHow They Love MaryNext