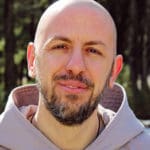 “Your father is recovering well,” the doctor assured us.  “He should be ready for a visit in a few minutes.”

My sister and I breathed a sigh of relief.  Even though it was a routine heart procedure, our father’s declining health left both of us a bit nervous.  “Thank God”, I whispered to myself, realizing that I was perhaps more nervous than I expected.  I picked up a magazine that was on the table next to me as my sister began to notify her friends on Facebook that the procedure went well and thanked everyone for their prayers.

Alarms began to ring and within seconds a sea of doctors came flooding through the doors that led to the cardiac unit where my father was. A few seconds later, my sister and I turned to each other in panic.  “Oh no,” we both said, “that’s Dad!”

Shortly after my father’s procedure, while the doctors were speaking with him, his face turned blue and his heart stopped.  Thankfully, the doctors were able to resuscitate him and bring him back to life quickly, as my sister and I watched in horror. Apparently my father’s lungs filled with fluid, not due to the heart procedure itself, but from the aesthesia and the amount of time he spent lying on his stomach.

A week later, on Christmas Eve, my father finally left the hospital.  By the time we got him home, my sister and I were relieved.  Despite an exhausting week we were grateful, not only that our dad was alive, but that he was home and able to celebrate Christmas with us.  As I unpacked his belongings my father sat in the living room, staring out the window.

“Are we going to have Mass tonight,” he asked?

I froze after hearing his question.  Why tonight I thought?  When I am at home I usually celebrate Mass in the morning.  Suddenly I realized why he was asking if I was going to celebrate Mass this particular evening.  It was Christmas Eve!  Amidst all the panic and confusion of the past week, I lost track of time and forgot what day it was.

After I uttered these words a touch of sadness enveloped my heart. One of the gifts of living in a religious community is the shared celebration of certain holy days, Christmas being high on that list.  During these celebrations, I am surrounded by people who, though different in age and life experience, both love and care for me in a way that is, for lack of a better word, familial.  Along with the fraternal support of brothers and sisters in the faith, the celebration of these holy days includes beautiful music, a reverent liturgy, and an engaging homily that naturally lifts one’s mind and heart to higher things.  This year, however, my Christmas celebration was going to be very different than what I had become accustomed to.

My father lives alone in a simple two-bedroom trailer.  When I was ordained a priest several years ago, we converted his other bedroom into a chapel, so that when I come home I have a place to celebrate Mass and pray.  This Christmas Eve, rather than celebrating Mass with my community, this humble spare bedroom that can only fit four to five people comfortably, became my church.  With me, my dad, sister, brother-in-law, and my two nephews in attendance, we were at full capacity.

Once my family was gathered for Mass there was no beautiful music sung and no engaging homily given.  My father was too tired to utter any of the Mass parts, and my sister and her family tried their best to fill in for the congregation.  When it came time for me to read the Gospel, I was deeply moved by these words:  “All this took place to fulfill what the Lord has said through the prophet: Behold, the virgin shall conceive and bear a son, and they shall name him Emmanuel, which means ‘God is with us” (Mt 1:22-23).

After I read those words, I looked at my dad, standing with the support of a cane, his face still wearing the shock of all he went through. The words “God is with us” were ringing in my heart.  Suddenly, in this small trailer, without any of the usual bells and whistles, I felt myself being led to a deeper experience of Christmas than I ever had before.

When we gaze upon a Nativity scene, we can often forget the mysterious and confusing background that preceded this divine moment.  Nine months earlier, when Mary is visited by the angel Gabriel, she is “greatly troubled” (Lk 1:29) and must be told by the angel “Do not be afraid Mary” (Lk 1:30).  Despite the dizzying and overwhelming nature of such an encounter, Mary says yes to God, without ever being given a detailed account of how this mystery will unfold. Joseph himself, once he discovers that Mary is pregnant, is understandably confused, and decides to divorce her.  In fact, his confusion is so reasonable that an angel must appear to him to reveal the cause of this event: “Do not fear to take Mary as your wife for that which is conceived in her is of the Holy Spirit” (Mt. 1:20-21).

Joseph and Mary must allow themselves to be led by God. Even though they are both major figures in the drama of salvation history, God only reveals to them what is necessary to make the next step of faith.  They cannot see into the future nor can they trust in things like wealth or status to protect them.  Their hope is in God and their only strength is their faith, which ironically, will not only enable shepherds to glorify God but will also enable the Magi, the wise men from the east, to discover the true wisdom they had been seeking their entire life.

As I stood in our little chapel that Christmas Eve and spent a few moments of silence reflecting on the Gospel, I felt a special kinship to Joseph and Mary.  Like them, I didn’t know where God was leading me, and like them, the birth of Jesus Christ not only gave me hope and consolation in the present moment, but it reminded me of a truth so great, that something even as cruel as even death cannot take away: “God is with us.”

Many people, including myself at times, are often perplexed before the enormous amount of pain and suffering in our world.  “Why doesn’t God do something?” we often ask. “Why is God silent?”  God’s answer to our perplexity is much deeper than merely taking away our pain and suffering.  God does what is, quite honestly, utterly inconceivable:  he becomes one of us.  He does this by entering our world, not as a vengeful ruler or an angry judge, but as a defenseless and needy baby.  St. John states it in these theological terms: “the Word became flesh” (Jn 1:14).

As we finished the Mass that night, my sister and I helped my dad get ready for bed.  After kissing him goodnight, I felt my heart and my mind finally begin to relax.  Oddly enough, I felt a deep peace about not knowing exactly what will happen with my father.  Rather than entertain all the possible things that could now go wrong with his health, I reminded myself once again that in the birth of Jesus Christ we are given an eternal pledge that God is with us.  That’s the best Christmas gift we could ever receive and the only one we really need.

Photo courtesy of the Community of the Franciscan Friars of the Renewal and @amberinwanderland.