Can Demons Cause Disasters and Accidents?

Father Fortea, can demons cause disasters and accidents?

If demons had the freedom to cause natural disasters, the whole world would fall into chaos. So the short answer 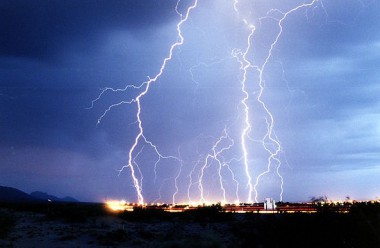 is no – demons cannot cause disasters and accidents at will. Why? Simply because God prevents them from doing so.

Storms, hurricanes, earthquakes, and other disasters ordinarily happen as a result of natural causes. Nonetheless, the book of Revelation does teach us that God, at the end of time, will allow a freer manifestation of the power of demons (see Rev 13:13-14), even to the point of affecting the physical world. But meanwhile, we should not think that disasters or accidents have their cause in demonic action without strong objective evidence. Cases of poltergeist (the presence of a demon in a place evidenced by noises and the movement of objects) are proof that a demon can suspend something in the air or move an object. Since demons hate human beings and want them to suffer, it seems likely that if they were not restrained by God from causing continuous accidents, they would do so.

Once, I was praying for a lady who suffered from a demonic influence. Soon it began to rain, then hail, and the hail became gradually more intense. Then a strong storm wind began to buffet the church. The wind was so loud that I had to stop praying; no one could hear the prayers over the noise. We needed to shout to be heard. The entire church creaked like a wooden boat in the ocean. Suddenly, the roof of the church gave out and lifted off in one of the corners. We prayed that the whole roof would not come off. It was an unforgettable scene: the wind furiously shaking the altar cloths (which did not blow away), the bricks falling on the presbytery from the highest part of the roof, and the thunder roaring without interruption.

Here we have an episode in which it is reasonable to think that there was a relation between the prayer upon that person and what happened afterward. A curious aspect of this event is that the nearest weather station did not detect any abnormal winds, so the insurance company at first refused to pay to repair the damage!

Art for this post on whether demons can cause disasters and accidents: Lightning Over Las Cruces, New Mexico, Edward Aspera Jr., 4 March 2004, PD-US a work of a U.S. Air Force Airman or employee, a work of the U.S. federal government, taken or made as part of that person’s official duties; detail of Padre José Antonio Fortea 2017, photographed by Elgatoconbotaselgatoconbotas, 5 May 2017 own work, CCA-SA 4.0 International; both Wikimedia Commons. Cover of “Interview with an Exorcist” used with permission, all rights reserved.

PrevPreviousThe Penalty of Faith
NextWhat is a Living Sacrifice?Next