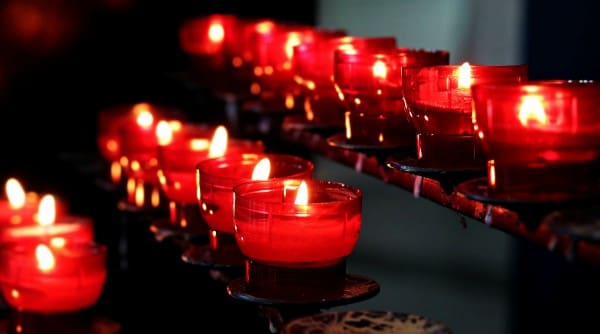 In the atmosphere of fervor created by the generous practice of mortification, the soul that desires to attain contemplative union with God has to practice meditation — that is to say, mental prayer. This meditation, according to the teaching of St. John of the Cross, has as its aim to nourish in the soul a determination for abnegation. To teach us to enter on the way of total spoliation that will lead our souls to union with God, he has recommended that we rouse and develop within ourselves a great desire to imitate Christ, the model of perfect abnegation, and to reflect on His life so as to learn from Him how we ought to act. Inspired with love for Christ in affectionate meditation, the soul feels spontaneously impelled to want to live as He did.

All the authors who explain the nature of the contemplative life teach that, to render it an effective preparation for contemplation, two practices are necessary: mortification and prayer, particularly mental prayer. Not all authors show with equal clarity in what way meditation can bring the soul close to contemplation. On this, as on many other points, St. John of the Cross is truly a master, although he depends on St. Teresa of Jesus. He is the theologian of Teresian spirituality, into which he introduces a scientific framework that receives its substance from the spiritual Mother of the Carmelite Reform. Even in his doctrine on meditation, St. John of the Cross is completely dependent on St. Teresa. To throw more light on the thought of St. John, therefore, we will not hesitate to have recourse to the teachings of the great Teacher of Carmel.

Concordance with the Doctrine of St. Teresa
In The Ascent of Mount Carmel, St. John of the Cross writes:

The purpose of meditation and of mental discourse on divine things is to derive from them a little loving knowledge of God. (Ascent II, XIV, 2)

In the concept of mental prayer that the Reformer of Carmel had and that she expounded to her daughters, she made clear the affective character she gave to prayer. For her, prayer is “a friendly converse of the soul with God, in which the soul often speaks intimately with Him by whom she knows she is loved.” In short, it is an exchange of love: the soul understands that God loves it, and in its turn, it expresses its love to the Lord. It speaks with Him, and it speaks of love, precisely because it has felt the invitation to love. For that reason, St. Teresa has repeated: “Prayer does not consist in thinking much, but in loving much,” insisting thus on the subordination of thought to love. One must, of course, think during prayer — not for the purpose of becoming more learned but rather in order to love the Lord more effectively.

That is why the saint insists: during prayer, do not spend the whole time reasoning, but when, after having spent some time in mental discourse, you are convinced that the Lord loves you, leave reasoning aside and, remaining quiet in the presence of the Lord, start up an affectionate conversation with Him. In this, open your heart with all the desires that you have for Him and for yourself, for His glory and for your needs.

This, for St. Teresa, is the whole substance of mental prayer, and for that reason, it can well be said that, for the great saint, prayer is “a loving conversation with the Lord.”

The theologians and spiritual masters of the Carmelite Reform wished to give an organic form to this doctrine of St. Teresa that would render it more apt for being taught to souls. To this end, they distinguished the various parts, or the different moments that prayer presents in its concrete development. They proposed a little method of mental prayer, which has become common in various convents and monasteries of the order and was put together in the first Instruction of Novices of the Reform. It has been commented on many times by the first writers of the nascent family of Carmel.

We do not know whether it was St. John of the Cross who organized this method, but there is no doubt that he approved it, because he affixed his signature to the document that authorized the publication of the above-mentioned Instruction of Novices, after having “examined and corrected it,” as the History of the Reform relates. Although we have nothing at all written of him saying that he directly expounded this method — because in his works he has treated of meditation only to show in what way the soul gradually detaches itself from it to go on to contemplation — his first biographer is quite explicit in this regard. In fact, Father Joseph of Jesus Mary Quiroga, who left us a most interesting biography of the saint and was his apologist at a time when his doctrine was meeting with opposition, has stated in a pamphlet the way in which the saint taught his disciples to make meditation. In Father Quiroga’s description, we find the whole substance of the little method of prayer that became traditional in the Teresian family.

We have, therefore, all the necessary documents to be able to reconstruct with certainty the teachings of the Mystical Doctor concerning the practice of meditation. We shall see that effectively, for him, all is directed to loving knowledge and affectionate conversation with God in order to prepare the soul for contemplation in the best possible way.

This article is adapted from a chapter in Union with God by Fr. Gabriel of St. Mary Magdalen which is available from Sophia Institute Press.

Art for this post on St. Teresa: Cover and featured image used with permission.

PrevPreviousMy Calling to be a Benedictine
NextBe Brave With UsNext