Is it a Sin to Put Yourself Down? 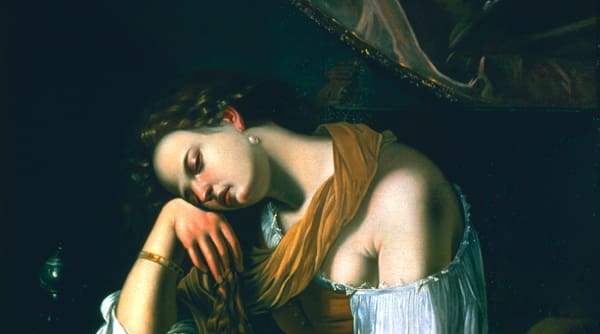 Is it a Sin to Put Yourself Down?

“Oh, I’m so inept!  I can’t do anything right!” There are endless variations of the self-deprecating rants. They are dressed up like humility but smack of pride.

The person announcing his failings probably does not boast and is instead seeking a humble path, but he unwittingly travels by way of pride.  Whether boasting or bemoaning one’s own characteristics, both put the focus on self. people to snap out of it if they are in the habit of putting themselves down. “Yet even wise pagan philosophers have observed: It is the practice of boasters to make overmuch of themselves, and to make very little of themselves.” Vost points out that St. Augustine avoided clothing that was either too costly or too shabby because both serve to seek glory.

Vost writes that St. Thomas Aquinas addressed this issue on the topic of irony, explaining that the word irony comes from the Greek word which means to speak falsely about one’s good points. “We must be wary then, of a false humility,” according to St. Thomas. “We need not seek out ways to broadcast our talents to others but neither should we deny that we have them or seek to hide them under bushel baskets.”

But is it an actual sin? Vost says, “yes” and quotes St. Augustine. “If thou liest on account of humility, if thou were not a sinner before lying, thou has become one from lying.”

Pride can sometimes be hard to pin down. We should work hard and take pride in our work yet not be prideful in it. Celebrate our gifts and talents, but never think we are better than anyone else. So then, how do we draw the line between pride and humility?

Pride is the sin that opened up hell and turned good angels bad. The Bible describes Lucifer as full of wisdom and beauty, but he refused to serve God. He opted out of heaven because it required humility.  Lucifer used pride when he told Eve that by eating the apple, she would be like God; having her eyes opened and knowing good and evil. She foolishly convinced Adam of the same. Through pride, the devil infected us with his condemnation.

During a retreat several years ago, Msgr. Chad Gion of Spirit of Life church in Mandan, ND spoke on humility. The title of one of his talks, “Holy Forgetfulness” intrigued me. What could be holy about forgetfulness?  Msgr. Chad presented pride as not just thinking you are better than others, but the problem of thinking too much about yourselves at all. It is a preoccupation with self. Even the desire to be humble can become an all-about-you activity, which negates the whole endeavor.

“Humility only comes in self-forgetting, when I am not at the center,” he explained. “Christ lowered himself for us because love requires self-emptying. His death is the model of humility because he did not do it for himself. Christ did not die in our place to show us how great he was but he did it to show us how great his love was for us — and through it, he did show us his greatness.”

Msgr. Chad described humility as elusive, as something that can only be achieved by abandoning it. “If we focus on it, praying: ‘Lord make me a humble man’ and then we serve others all the while looking inward, the more we focus on it the less likely we are achieving it. Inward concern about my humility contradicts the entire process.” He explained that in the end, “Doing everything you can to make yourself humble, makes it all about you.”

Holy forgetfulness is not self-deprecation–after all, we inadvertently might be dragging God our creator into that insult. If we put others down it is a sin we must bring to confession. So while we strive to avoid insulting others, we should include ourselves in that.

PrevPreviousSpiritual Progress
NextMy 20-year-old Does Not Receive Communion: What Should I Do?Next