The Central Prayers of the Mass: The Anaphora The Central Prayers of the Mass:

History: In the Roman Rite, a standard prayer evolved over the centuries that was always used by everyone. Since the Preface (the people’s part) varied from Mass to Mass, the priest’s part came to be known simply as “the canon” meaning “the rule” (the way it had to be done). And, this was the case for several centuries. Theology: Theologians like St. Thomas Aquinas have noted that, properly, the only words that cannot change are Jesus’ own words, “This is my Body” and “This is my Blood.” Everything else has been added by the Church to help us enter into these words. And indeed, in the Christian East, the priest’s prayers that surround these words have always differed, and indeed, differed from day to day, with the only “canonical” part being the great words of Jesus Himself.

Parts of the Anaphora:

All of these “anaphoras” (or Eucharistic Prayers I, II, III or IV) are composed of two kinds of prayers: the central parts of the Eucharistic prayers, and the prayers for fruits that we ask to obtain from the Eucharist.

The four central parts of the Eucharistic prayers:

Then, there are two prayers about what we do with the Eucharist:

Prayers for fruits that we ask to obtain from the Eucharist:

Surrounding these prayers, and interlaced with them, are prayers for the fruits of the Mass. Interestingly, they are all prayers for the Church, in her various members. We pray for the leadership of the Church, for all the living members of the Church, for whom we ask (above all) union with the Church, and for the dead, that they may join the Church in heaven. And, we invoke our communion with the Church in heaven, by naming some (or, in the Roman Canon–Eucharistic Prayer I–many) saints. These prayers remind us that the Eucharist makes the Church. It is in this communion, with God, with one another, and in perfect worship, that we receive God’s greatest blessings.

Indeed, the Roman Canon adds several “acceptance” prayers, which tie the prayers for fruits more closely to the central prayers of the Eucharist. We pray that we may offer true worship like Abel, Abraham, and Melchizedek did. And, we pray that we may pray in union with the “altar in heaven”: the truest worship, above. “Accept these offerings,” we pray, for the good of “your holy Catholic Church.” “Accept this oblation” so that we may be “counted among the flock of those you have chosen.”

Editor’s Note: We thank Dr. Johnston for this brief explanation of the anaphora. We hope it will help all of us pray the Mass better and better understand its central prayers, allowing us to enter more deeply into the Eucharistic mystery.

PrevPreviousSpiritual Director or Shrink? How Does One Discern? (Part I of II)
NextThinking with the Church – Mysticism and Magisterium (I/VI)Next 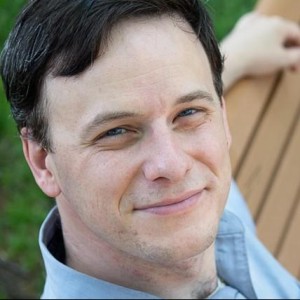 Dr. Eric Johnston is an Assistant Professor of Theology at Immaculate Conception Seminary at Seton Hall University in New Jersey. He received his Ph.D in Medieval Theology--with a focus on St. Thomas Aquinas--from the Catholic University of America in 2008. His academic interests include spirituality, Catholic social thought, theology of grace, and urban policy. Eric is married and the father of five children. He and his wife keep busy working on their old house and working to build community in Newark, NJ. Eric blogs about the spiritual life at professorjohnston.com.
ALL POSTS