Dear Dan, I was inspired by Fr. John’s post on spiritual reading a while back. A friend has recommended “The Cloud of Unknowing” to me but I am worried about slipping into Catholic books that claim to be Catholic but that promote New Age thought through centering prayer and mixing Catholic prayer with non-Christian prayer teachings. Anyway, I wanted to get your advice on where I could/should start a solid spiritual reading program. 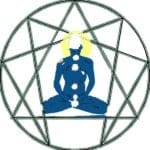 To get an easy aspect of your question out of the way, The Cloud of Unknowing does not fall into the New Age category. The New Age movement is a recent phenomenon and this book was written in the 14th century. With respect to The Cloud of Unknowing and centering prayer, some have claimed that it teaches centering prayer or have used it to bolster related ideas. Regardless, if spiritual reading is a new exercise for you, this book is not likely to be a good place to start. The author himself heavily (and rightly) stresses that if the reader has yet to exercise a considerable amount of time and effort in the ascetical phase of spiritual development that he or she is not yet prepared for the approach to prayer proposed. This admonition is almost always ignored by those who take a more shallow approach to the spiritual life and who also have a propensity to seek direction from sources that are far less efficacious than those who find their wisdom in the pure and deep well of faithful Catholicism.

Your concern about the New Age movement and its eclectic influence on many Catholics is a legitimate one. Many well intended Catholics have fallen into the emotional trap of using methods and techniques that cause positive physical or psychological feelings but are not appropriately classified as Christian prayer. Then Cardinal Ratzinger (now Pope Benedict XVI) said this about this problematic trend:

Some physical exercises automatically produce a feeling of quiet and relaxation, pleasing sensations, perhaps even phenomena of light and warmth, which resemble spiritual well-being. To take such feelings for the authentic consolations of the Holy Spirit would be a totally erroneous way of conceiving the spiritual life. Giving them a symbolic significance typical of the mystical experience, when the moral condition of the person does not correspond to such experience, would represent a kind of mental schizophrenia which could also lead to psychic disturbance and, at times, to moral deviations. (Letter to the Bishops of the Catholic Church on Some Aspects of Meditation, pp. 28-29)

These methods and techniques are often given names like “contemplation” but even a cursory understanding of the traditional use of this term reveals that classical Catholic usage and common recent usage are often at odds. Said another way, many modern authors and writers hijack words and redefine them rather than being faithful to historic definitions either provided specifically by the Church in the Catechism and other official Church documents or in the writings of the Doctors of the Church. Whether from ignorance or other questionable intent, the result is damaging to the souls of sincere pilgrims seeking to deepen their relationship to God.

All that aside, by your question it seems like you are interested primarily in reading on prayer. From the standpoint of faithfulness to the Catholic Church, the following is a good list to begin with. I have listed them in the order I recommend they be read:

As well, we recently asked our readers to provide their top spiritual book recommendations. A significant number of them responded so we are working on compiling those results and we will provide them to you some time this year.

Otherwise, if you want a foolproof way to stay within the sublime wealth and spiritual tradition of the Church, stick with the Doctors of the Church.

PrevPreviousHow Can I Get Out of Patterns of Sin?
NextIs the Enneagram Something I Should be Involved with?Next