The Underrated Virtue of Moderation A priest I went to college with was on Pints With Aquinas recently. He became a Benedictine after college, and I knew him to be a truly humble, holy, and sensible guy. He spoke of the history of Benedictine monasticism and how St. Benedict had “an appreciation of the limits of our humanity.”

Before I converted to Catholicism, the “Middle Way” of applied philosophical Buddhism held an attraction. Siddhartha Gautama (the Buddha) had experienced both worldly excess as a prince and rigorous spiritualism as an ascetic, and found that neither of these two extremes brought him the peace he sought. Ultimately, the vehicle of salvation (“enlightenment”) rests with the individual through their own effort, which I realized was incompatible with our true need for a savior to save us from what we could not save ourselves from–sin, death, and concupiscence. Christ was the answer and the Way–though in all things, Christ was also a kind of “middle way” between the legalism of the Pharisees and the rigor-ism of the Essenes. He fasted and ate. He drank, but never to excess. In all things, his consciousness was perfected because his focus was always to do the will of the Father, and so it was always and everywhere aligned with the Source of everything.

Although I explored various religious orders in my twenties (the CFRs, the Trappists, even the Carthusians), it was the balance and rhythm of the Benedictine Ora et Labora spirituality that kept bringing me back to them. I read the Rule of St. Benedict a few times over the years and found it to be a good guide even for laypeople of “how to live” and incorporate this underrated virtue of Moderation into their spiritual lives. 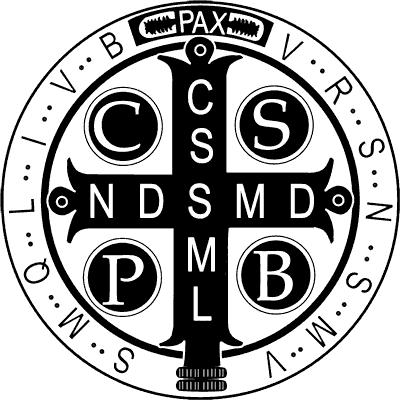 Now granted, there are some wonky modernist Benedictine sisters and monks out there. But I think the essence of St. Benedict’s Rule is to carve this “middle way” between hardcore Jansenism and “detestable” laxity in religious observance.

One interesting thing about the Benedictines is they take a vow of stability (in addition to vows of fidelity to the monastic way of life, and obedience). Stability, like moderation, is an un-sexy and underrated thing to aspire to. It means staying put, and honoring one’s commitment to one’s monastic community for life. Though laypeople do not take vows, obviously, there may be something to this. St. Benedict makes it clear from the first chapter of the Rule that “the most detestable kinds of monks” are those who stand opposed to such obedience and stability–sarabites (a kind of roque, untethered monk who lives by his own ‘rule’) and gyrovagues (monks who wander from monastery to monastery, never settling down).

What does that mean for a layperson? We can get into this post-modern mindset sometimes of doing everything possible to suit our tastes and preferences. If a priest at a particular parish isn’t traditional enough or one doesn’t like the homilies–well, go somewhere else. We have been faced with this temptation at times at our current parish, but I keep coming back to this idea of stability as a way for us to (not to be kitschy) “bloom where we are planted” and cultivate community that can often take years. It’s harder to achieve this when you’re jumping ship at the first encounter of something that doesn’t suit you.

Though St. Benedict was an exacting master of himself and rigorous in his observance, he has a sensible realization and accommodation for human weakness in things that are not sin–moderate drinking, the allowance for rest and leisure, etc. Moderation has a seasoned way of wisely tempering zeal, and obedience a way of stretching us to do the things of God which go counter to the way we might decide to do things by way of our own preferences.

I recall an encounter St. Alyosius had with his spiritual director. When he entered the Jesuits at the age of 17, Alyosius was appointed a spiritual director, St. Robert Bellarmine. Level-headed and patient, Bellarmine listened to Aloysius describe his extreme schedule of individual religious practice, then ordered him to cease it. He was assigned instead to work at a local hospital tending to the sick and infirmed. Squeamish, he was repulsed by the work, and he disliked people, which is probably why he was initially inclined to his private devotions and mortifications. When the plague hit Rome in January 1591, the sick and dying were everywhere, overwhelming the hospitals, and Alyosius had to dig deep and draw on that Italian stubbornness and bulldog-like willpower to stomach the work.

Like common sense today, moderation, stability, and obedience are, I think, underrated virtues. As opposed to day-trading in stocks, with the high-risk/high-reward rollercoaster of hyper-transactualism, these virtues are the un-sexy and like passive investing in boring, low-cost index funds, achieve their yields with discipline and self-restraint in the long game over time. We can all practice them, maybe not in vows as laypeople, but through stability to our parish communities, reasoned obedience to our ecclesial authorities, and fidelity to our individual prayer lives.

Featured image (modified) courtesy of Pixabay.
This post was originally published on Pater Familias and is reprinted here with permission.
PrevPreviousForgiveness Like Christ | Reflection
NextDevil in the Castle PreviewNext