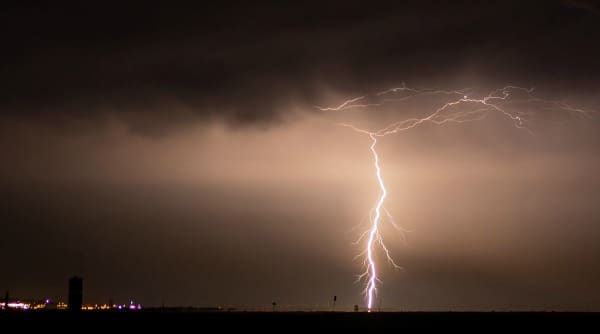 There is an old saying, “Stop telling God how big your storm is and start telling the storm how big your God is.”  In other words, we often need to shift our focus, building up our trust and confidence. Because we are so wired for fear, we tend to overestimate the power and shrewdness of demons, or of our enemies, or of whatever it is we fear. At the same time, we tend to underestimate the power of God, the power of our own resources, the strength that God gives us, and the perduring quality of what is good and true.

As we head into what is certain to be a difficult and contentious week (weeks?) ahead we need to draw close to God and trust him, whatever the outcome. There are clearly high stakes in this election but God is not overcome.  Whether in verdant pastures he leads us, or through the Valley of the Shadow of Death, the point is that he leads us.

Whatever our current conflicts, they are caught up into a bigger conflict where we all have a common enemy: satan. St Paul speaks to this in a reading from Thursday of the 30th Week of the year:

Draw your strength from the Lord and from his mighty power. Put on the armor of God so that you may be able to stand firm against the tactics of the Devil. For our struggle is not with flesh and blood but with the principalities, with the powers, with the cosmic rulers of this present darkness, with the evil spirits in the high places. (Eph 6:10-11)

Yes, there is a cosmic battle that gives birth to our worldly ones. Our truest and common enemy is not one another, “flesh and blood” as Paul writes, but it is Satan and his minions. Sadly we allow them to divide us and so a battle rages now in our culture, full of wrath and loud shouting.

In the stormy days to come, of our own making and also of Satan’s making, stay very close to God. Be also encouraged by a remarkable passage in the Second Book of Kings that draws back the curtain for a moment and shows us a world we seldom see. The passage centers on the prophet Elisha and the King of Syria’s attempt to capture and kill him. Elisha is not worried, but his young assistant (or servant) is quite dismayed by the approaching Syrian army:

When the servant of the man of God rose early in the morning and went out, behold, an army with horses and chariots was all around the city. And the servant said, “Alas, my master! What shall we do?” He said, “Do not be afraid, for those who are with us are more than those who are with them.” Then Elisha prayed and said, “O Lord, please open his eyes that he may see.” So the Lord opened the eyes of the young man, and he saw:  And behold, the mountain was full of horses and chariots of fire all around Elisha (2 Kings 6:15-17).

Yes, for just a moment the mystical curtain is drawn back, and the young servant of Elisha sees that we are not alone in this battle. Indeed, myriad angels, saints, and God Himself engage the battle for us. Elisha reminds us, Those who are with us are more than those who are with them. God’s power far surpasses whatever foolishness of the devil is making the rounds. At times, the city seems surrounded (as Elisha’s servant saw), but Elisha isn’t worried because he sees something else, something far greater and more glorious; he knows where to focus.

To be sure, there is a battle to be fought, but we do not fight it alone. There are a multitude of angels and saints and behold, chariots of fire round about. Lord, open our eyes that we may see and understand that we are not alone. Give us the courage to engage the battle with the sword of your word, of your truth! Fix our focus on You, not on the storms of life.

This song in the video below says,

This post appeared first in Community in Mission and is used here with permission.
Image courtesy of Unsplash.
PrevPreviousThe Communion of Saints
NextAn Indulgence PrimerNext