Why Does God Hide from Us? 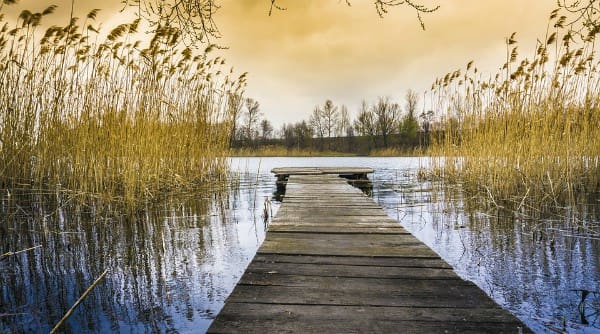 Why does God hide day in and out from those of us who so desire to hear Him?

Our good actions seem to amount to nothing and our evil ones avoid divine rebuke. When great honors visit us, God rarely intervenes.

In good times and bad, there’s just silence… the awful silence of God.

We cannot fully comprehend God’s actions, for He has told us,“My thoughts are not your thoughts, neither are your ways my ways” (Isa. 55:8).
St. Peter, the prince of apostles, tells us:

“In this you rejoice, though now for a little while you may
have to suffer various trials, so that the genuineness of
your faith, more precious than gold which though perishable
is tested by fire, may redound to praise and glory and
honor at the revelation of Jesus Christ. Without having
seen him you love him; though you do not now see him
you believe in him and rejoice with unutterable and exalted
joy” (1 Pet. 1:6–8).

Pope Benedict XVI describes how we can yet glimpse God in His hiddenness:

The apostles themselves experienced both the presence and the absence of God. Peter, James, and John were flooded with supernatural light during Christ’s Transfiguration on Mount Tabor. Conversely, they went through a trial in the Sea of Galilee seemingly without the attention of Jesus:

“And behold, there arose a great storm on the sea, so that the
boat was being swamped by the waves; but he was asleep.
And they went and woke him, saying, “Save, Lord; we are
perishing.” And he said to them, “Why are you afraid, O
men of little faith?” Then he rose and rebuked the winds
and the sea; and there was a great calm” (Matt. 8:24–26).

When we face such situations, it is possible to think God has abandoned us, but nothing could be further from reality. It is just that our faith is being tested. Such occasions prompted St. Paul to tell the first Christians of Rome: “How unsearchable are his judgments and how inscrutable his ways!” (Rom. 11:33).

This article is adapted from in Why God Hides by Fr. John C. Portavella, which is available from Sophia Institute Press. PrevPreviousCrossing the Chasm – Video
NextOn the Ascension of the LordNext