What is a General Confession? 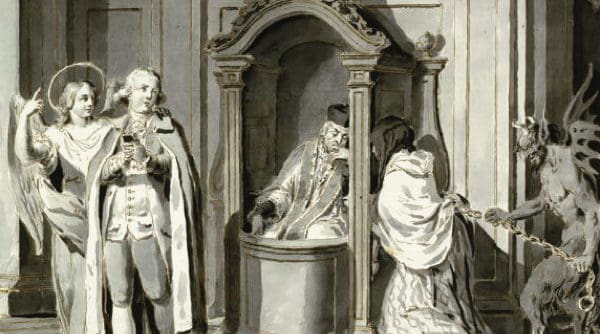 Thank you for your question.  I hope I can shed a little bit of light on the nature of general confession.

What “General Confession” Refers to

Usually, the term “general confession” refers to going to confession and confessing all the sins of one’s past life (or of an extended period, like the past year) instead of just those sins committed since one’s previous confession.  Traditionally, making this kind of confession has been a recommended spiritual practice for moments of major life transition.  For example, young people often make a general confession before professing religious vows or before being ordained to the priesthood.  Some retreat directors will also recommend making a general confession when retreatants participate in serious retreats like the Spiritual Exercises of St. Ignatius.

So that’s what the term traditionally refers to.  But what’s the reason behind the tradition?

Why Make a General Confession?

The idea behind making a general confession is simple and profound.

Remember, the sacrament of reconciliation is meant to be a significant encounter with God’s mercy.  At particularly poignant moments in our faith journey (like those mentioned above), preparing a general confession gives us a good opportunity to prayerfully reflect on our whole life history, and on how faithful God has been to us throughout that history even when we weren’t so faithful to him.  Going over our whole past, or a significant chunk of that past, together with the Lord, is meant to bring us to a new appreciation of our need for God, of the abundance of his mercy, and of the depth of his care for us.

Another benefit sometimes accrues to this devotional practice as well.  When we patiently take time to review all the sins of our past life in the presence of God, the Holy Spirit will often enlighten us regarding not only individual falls, but regarding patterns of sin and underlying attitudes that make us vulnerable to temptation.  These insights can serve as a valuable guide as we prudently identify a path of spiritual growth for the future.  In other words, making a general confession can be an effective way to grow in self-knowledge, such an essential element for spiritual progress.

What About Scrupulous People?

In general, I would not recommend people suffering from scruples to make a general confession.  The exercise could easily exacerbate their own tendency to become obsessively preoccupied with their faults.  But even for them, when the context is right and the explanation is thorough, making a general confession at important junctures can be useful.

A Less Precise Use

I should also mention that some people use the phrase “general confession” to refer to something the Church calls “general absolution.”  This refers to extreme situations (going into battle, a ship or a plane going down, etc.) in which a priest will absolve a whole group of people from their sins instead of hearing their confessions one by one.  In these cases, the priest will usually (if there is time and the conditions permit) ask all present to give some kind of sign of their repentance.  This shared sign could be described loosely as a “general confession.”  Even in these cases, however, the absolution only takes effect if the penitent intends to confess his mortal sins in a normal, private confession as soon as reasonably possible.

Thank you for question.  God bless you!  in Him, Fr John Bartunek, LC

Got a question?  Need an answer?  Ask-a-Priest!

No time for a full retreat?  “Drink” a Spiritual Smoothie to keep you going!
On Facebook  https://www.facebook.com/FatherJB
On Twitter https://twitter.com/FrBartunek